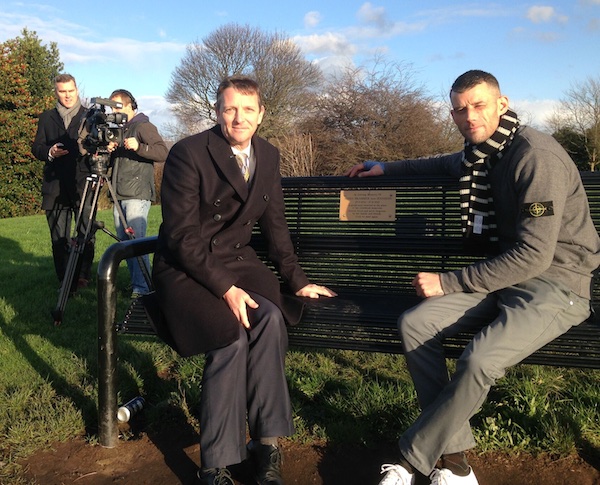 Ja on the right, being interviewed by the BBC’s Home Editor, Mark Easton, overlooking Rotherham.

Shiloh partner, Crisis Charity UK conducted a nationwide survey on the effects of benefit sanctioning on the lives of homeless and vulnerable people. Many of the people coming into Shiloh desperate for help and support are as a result of being sanctioned, and so Shiloh guests were pleased to participate in the survey.

One guest’s experience that caught the attention of Crisis was that of Ja, who’s personal health situation that led to him being sanctioned went on to cause almost complete disaster, but for the support of Shiloh and a sympathetic housing association.

Look out for Ja’s graphic story in the Crisis report on the BBC this Thursday.