Shiloh Rotherham was delighted to invite Deputy Mayor, Councillor Eve Rose Keenan to present the Long Service awards to some of their volunteers, who between them racked up over 100 years voluntary service to the charity.  At the annual “Thank You“ event, the volunteers were treated to a pie and pea supper by the Shiloh Trustees and the awards were presented by the Deputy Mayor and her Consort, Pat Keenan.

John McDonnell, who will be Shiloh’s new Chair from this month thanked Operations Manager, Jonathan Lang for his service of 18 years and all wished him well for his retirement. Jonathan praised the dedication of all the volunteers and announced his successor to be Kevin Quinton.  The volunteers were then given a virtual guided tour of the new premises at Station road, Masborough.  Shiloh hopes to be in the new premises early next year.

Councillor Eve Rose Keenan said ”The work of Shiloh and their volunteers shows Rotherham at its very best.  We are truly blessed to have such caring and committed hearts in our community.  I am grateful and humble to be able to say thank you to them.  Shiloh provides a vital service to our most vulnerable residents.  Its staggering to realise that, in the last year Shiloh has provided over 20,000 hot meals, received over 50 new guests every month and helped around the same number of guests to move forwards with their lives, each month.” 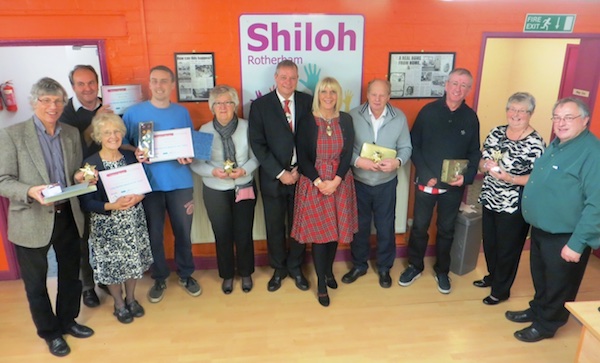 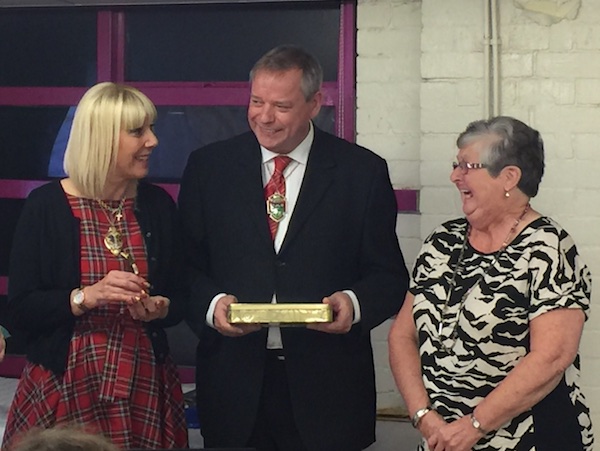 About to receive her 15 year long service award is Brenda Cheetham who with her big heart and cheery smile has been an encouragement to the homeless and volunteers along the way. We will miss Brenda as she will soon be hanging up her apron for the last time in Shiloh.